Acupuncture is one of the oldest, most commonly used medical procedures in the world. Originating in China more than 2,000 years ago, acupuncture began to become better known in the United States when New York Times reporter James Reston wrote about how doctors in China used needles to ease his abdominal pain after surgery. Research shows that acupuncture is beneficial in treating a variety of health conditions.

The term acupuncture describes a family of procedures involving stimulation of anatomical points on the body by a variety of techniques. The acupuncture technique that has been most studied scientifically involves penetrating the skin with thin, solid, metallic needles that are manipulated by the hands or by electrical stimulation.

In the past two decades, acupuncture has grown in popularity. A Harvard University study published in 1998 estimated that Americans made more than five million visits per year to acupuncture practitioners. The report from a Consensus Development Conference on Acupuncture held at the National Institutes of Health (NIH) in 1997 stated that acupuncture is being “widely” practiced–by thousands of physicians, dentists, acupuncturists, and other practitioners–for relief or prevention of pain and for various other health conditions. 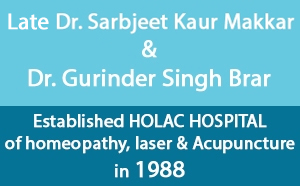